[mantra-pullquote align=”left|center|right” textalign=”left|center|right” width=”33%”]Now, a powerful documentary produced and narrated by activist-actor Sean Penn, “The Human Experiment,” argues that there are dangers from the “chemical load” in seemingly innocuous household products like cosmetics, deodorant, cleaning fluids, shampoo and even toothpaste…

Scientist Susan Kay Murphy started her graduate career in vaccine development but after the death of her 3-year-old son Kyle from a rare form of liver cancer in 1994, she switched to epigenetics, the study of how genes can be turned on or off.

“That was a better way to honor the memory of my son,” said Murphy, who is on the faculty of the Duke Institute for Genome Sciences and Policy.

Her son’s cancer — “one in a million” — was linked to epigenetic changes in his cells, a disruption that can be triggered by chemicals or hormones, especially in the early weeks after conception.

Kyle was born at 26 weeks and weighed a little more than a pound after Murphy developed eclampsia, but his disease did not show up until years later.

“I watched my tiny son with all these plastics getting nutrition because he was too small to feed,” she said. “Everything they used was pretty much made out of plastic.”

Today, Murphy is doing research into the long-term health effects of exposure to chemicals in children. Her 21-year-old son has autism and her 15-year-old daughter was diagnosed with ADHD.

Recent studies in mice suggest what a mother eats or her exposure to chemicals can turn on a switch that predisposes the child to future disease, she said.

And, just recently, Murphy had a mastectomy and is undergoing chemotherapy for aggressive breast cancer, even though there is no family history.

Murphy worries that every day, Americans are exposed to a barrage of chemicals that can damage their reproductive systems and show up decades later in their children.

“It could have been my diet,” Murphy said of their health problems. “We lived next to a freeway in Charlotte and diesel fuel has been implicated in autism.”

She points to “multiple” exposures to lead and asbestos while renovating an old house; second-hand smoke from her husband; and the pesticides in the California fields where he grew up. Murphy said she was also exposed to chemicals and radiation in a vet clinic and the lab where she did research.

“We have such limited understanding of this in the human population because we are all a bag of cumulative exposure from childhood,” she said. “We all have levels of it. No one is immune in modern society.”

Now, a powerful documentary produced and narrated by activist-actor Sean Penn, “The Human Experiment,” argues that there are dangers from the “chemical load” in seemingly innocuous household products like cosmetics, deodorant, cleaning fluids, shampoo and even toothpaste.

Its world premiere is Sunday, Oct. 6 at the 36th annual Mill Valley Film Festival in California.

The film cites skyrocketing rates of autism, breast cancer and infertility and questions the role of some 80,000 chemicals used legally in the United States and the uphill battle against powerful interests of industry to curb the chemicals.

Co-directed by Dana Nachman and Don Hardy, a former Emmy-winning TV news team, it tells the stories of three women affected by chemicals and the activists calling for sensible, science-based research and greater regulation to protect public health.

“Most products we have in our homes are not tested for safety,” said Nachman, 41 and a Los Altos-based filmmaker. “Providing data that a product is safe and then putting it on the market is what happens in pharmaceuticals. That should be the burden of proof [in household and industrial chemicals] to avoid scientific catastrophe.”

The film follows a young woman diagnosed with breast cancer; another with polycystic ovary syndrome, struggling to get pregnant; and one with a nonverbal brother with autism.

They, too, wonder how chemical toxins may have played a role these health problems.

The film looks at several chemicals that have been linked to disease in humans and are still in legal use.

Bisphenol A or BPA, is an industrial chemical that has been present in many hard plastic bottles and metal-based food and beverage cans since the 1960s.

Toxicity studies have shown “some concern” about its effects on the brain, behavior and prostate gland in fetuses and young children, according to the Food and Drug Administration.

The EPA is currently investigating BPA, which has estrogen properties and is an endocrine disrupter, for human health risks.

Polyvinyl chloride (PVC) is used in building materials as well as vinyl clothing, and has been linked to cancer and immune system damage. Several national companies have begun to transition to PVC-free packaging.

Since 2004, there has been a national phase-out of bromated flame retardants that are used in sofas and in electronics. The chemical can end up in breast milk and body fat, causing thyroid and reproductive damage. Particles can fall to the floor and leave dangerous dust.

The heart of the film is the Congressional debate over reform of the 1976 Toxic Substances Control Act, which requires that chemicals must be scientifically proven to be dangerous before they can be taken off the market.

In the United States, chemicals like lead, for example, in fuel, paint and other building materials, were on the market for years before they were found to cause neurological problems and were banned by the EPA under the Substances Control Act.

“The whole system has broken down,” he said. “In the vast majority of chemicals, we just don’t know and they are still getting into products. If there is any major theme in science in the last 20 years — some chemicals are toxic at very low doses, not just when you are working in a factory, but they can be a problem for anyone.”

The group lists 130 chemicals on its website that have been identified by “authoritative bodies” as hazardous to human health. “They are known chemicals we come into contact with that are widespread,” said Igrejas.

But Safer Chemicals Healthy Families does not support the bill in its current form, saying that it needs “strengthening.” Igrejas said the bill is “flawed” and “not true reform.”

The measure, however, is supported by the advocacy group, the American Chemistry Council, which the film alleges “hijacks the science” by funding safety studies and pouring millions of dollars into the defense of industries, using slick public relations tactics and strong lobbying to fight stricter regulation.

“Unfortunately, this film appears to present an often-repeated and overly simplistic view of chemicals and disregards the science associated with chemical exposure and decades of research regarding disease,” wrote the ACC in a statement for ABCNews.com.

“It paints an incomplete and distorted picture of current chemical regulation while ignoring the essential role that chemistry plays in making modern life safer, more convenient and more fulfilling.”

The ACC, which has not seen the documentary, according to the filmmakers, argues more than a dozen federal laws govern the “safe manufacture and use of chemicals.”

“All new chemicals must be rigorously evaluated by EPA before manufacture,” it said. “The notion that 84,000 chemicals are being used in commerce without any safety testing is simply inaccurate, yet it is often used as a fundamental argument in films like this.”

No More Strong odors with Enviro-One

No More Strong odors with Enviro-One 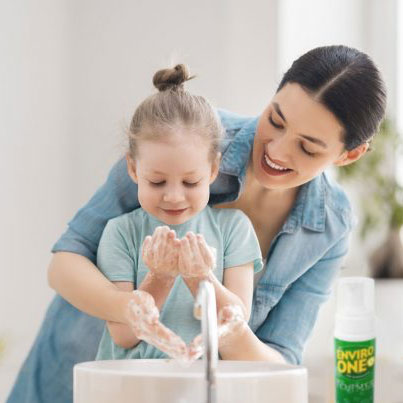 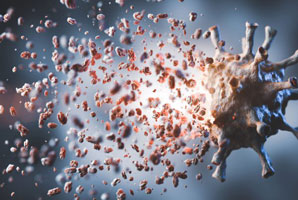